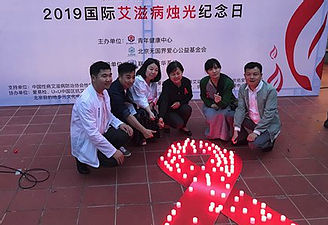 “HIV research scientists gave assurances that China-US cooperation on HIV vaccine trials would not be affected by current trade tensions, adding that China plays a significant role in AIDS elimination…

With effective, quality treatment, people living with HIV can have the virus suppressed and made undetectable in their bodies, enabling them to live full and productive lives, Marielza Oliveira, director and representative of the UNESCO Beijing Cluster Office, said.

Once people living with HIV reach this stage, the threat of them transmitting HIV to their partners or others in society is then eliminated, she said.

She added that UNAIDS and HIV-infected communities are celebrating the scientific discoveries in “U equals U” – in other words – “undetectable” (for HIV) means “un-transmittable.”

Kong, who is also the sponsor of U=U China Anti-AIDS Network, said that ‘AIDS and zero discrimination can’t just remain a slogan. U=U is a powerful tool to break the stigma, and no one should reject the facts.'”