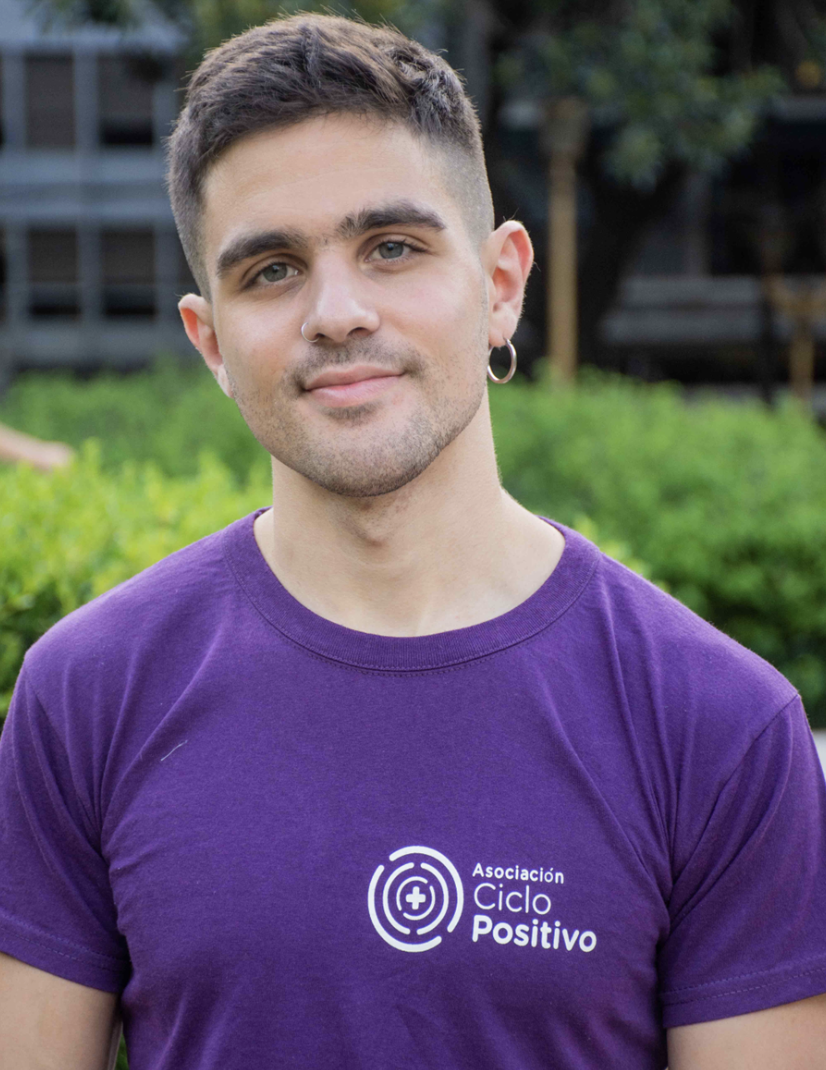 Franco is an Argentinian advocate and co-founder of Asociación Ciclo Positivo. He was a child when he first acknowledged the need for advocating for better health conditions; his mother died during one of the most profound economic crises of the region. As an adolescent, he took a special interest in HIV because his best friend’s parents died of AIDS in 2010. In his youth, he discovered that HIV was present in his relationships in the same way he’d experienced it before; surrounded by death, silence and stigma. In 2017, Franco began spreading the U=U message after meeting his partner who is also an HIV positive activist. He intended that his social and academic environment knew and understood that he wasn’t at any risk for contracting HIV. After the publication of the PARTNER II study at AIDS 2018 in Ámsterdam, there was enough scientific background to build the “I=I de Ushuaia a La Quiaca” campaign, designed to spread, across Argentina, that people living with HIV can’t sexually transmit the virus to other people when on effective treatment. He truly believes that U=U is a way toward a world free of HIV discrimination.